We are proud and happy that we could participate in this event, though we all know that to be anti-racism should be daily practice.
In these pandemic times every rehearsal has been a challenge. We stand for a theatre of total physical presence with an emancipatory power for both the artists and the audience. But now this presence is constantly facing all the limitations imposed by the virus. Distancing, impossibility of physical interaction, static positions, an upside-down dramaturgy, no synergy with the audience…

When Pakhuis de Zwijger asked us to perform for Week tegen racisme, our first thought went to the relevance of the whole event.
In 2020 we were supposed to perform ‘live’ the full one hour of Our Footsteps theatre performance. The whole event was cancelled just a few days in advance because of the start of the measures against the pandemic in the Netherlands.
Now, one year later and still in the midst of the same pandemic, we were expected to perform via video livestream in front of cameras and microphones…to put a medium on top of a medium, to deny the theatre of presence we strongly believe in.
Well, we did it, we created Footsteps against racism. Our presence during Week tegen racisme was more important than any other consideration. Thank you so much Pakhuis de Zwijger for organizing all the talks, films, workshops and artistic contributions that are part of the program of Week tegen racisme. And thank you for having us in this program.
(pictures by Melanja Palitta | Balans LaB) 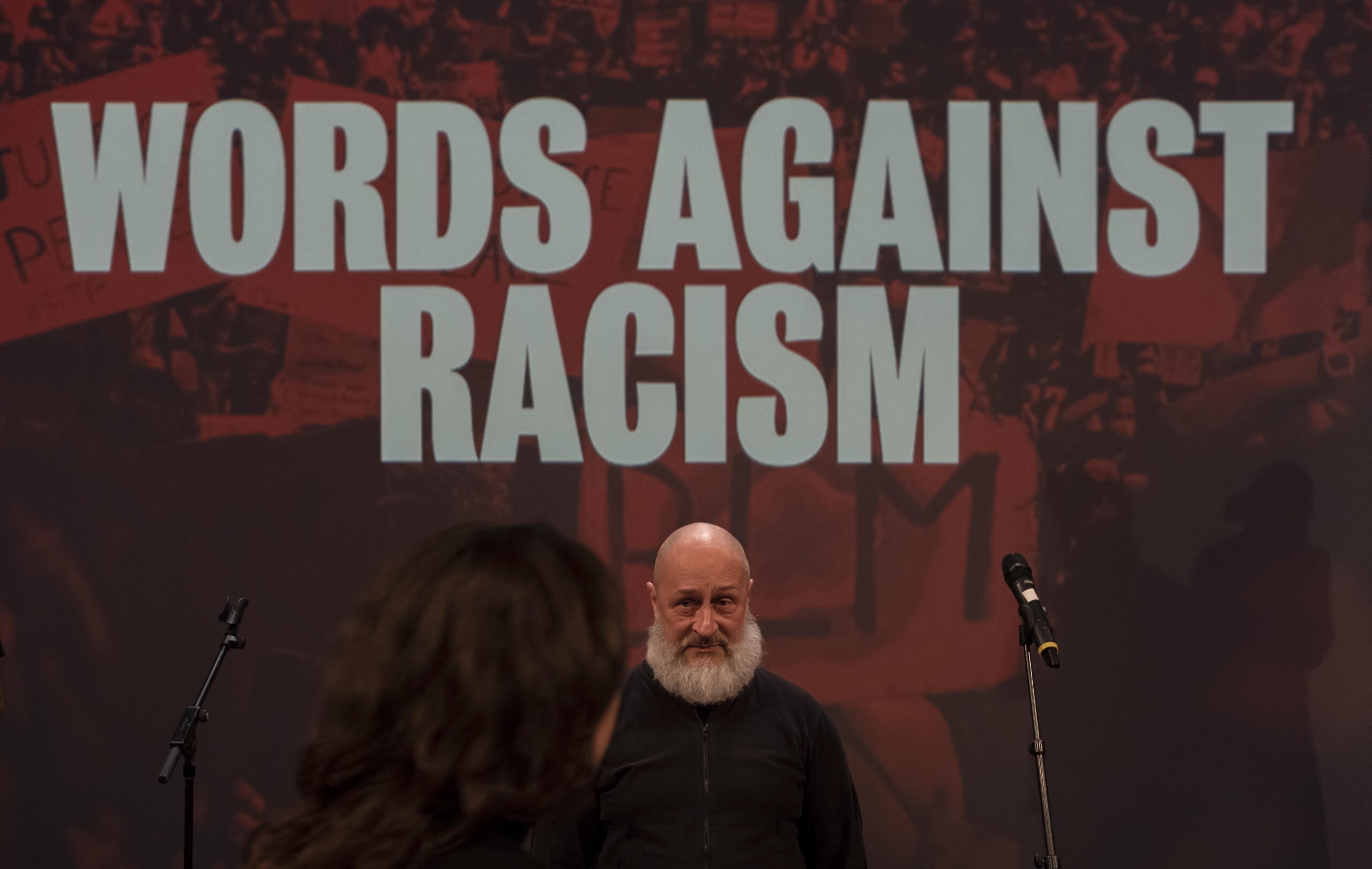 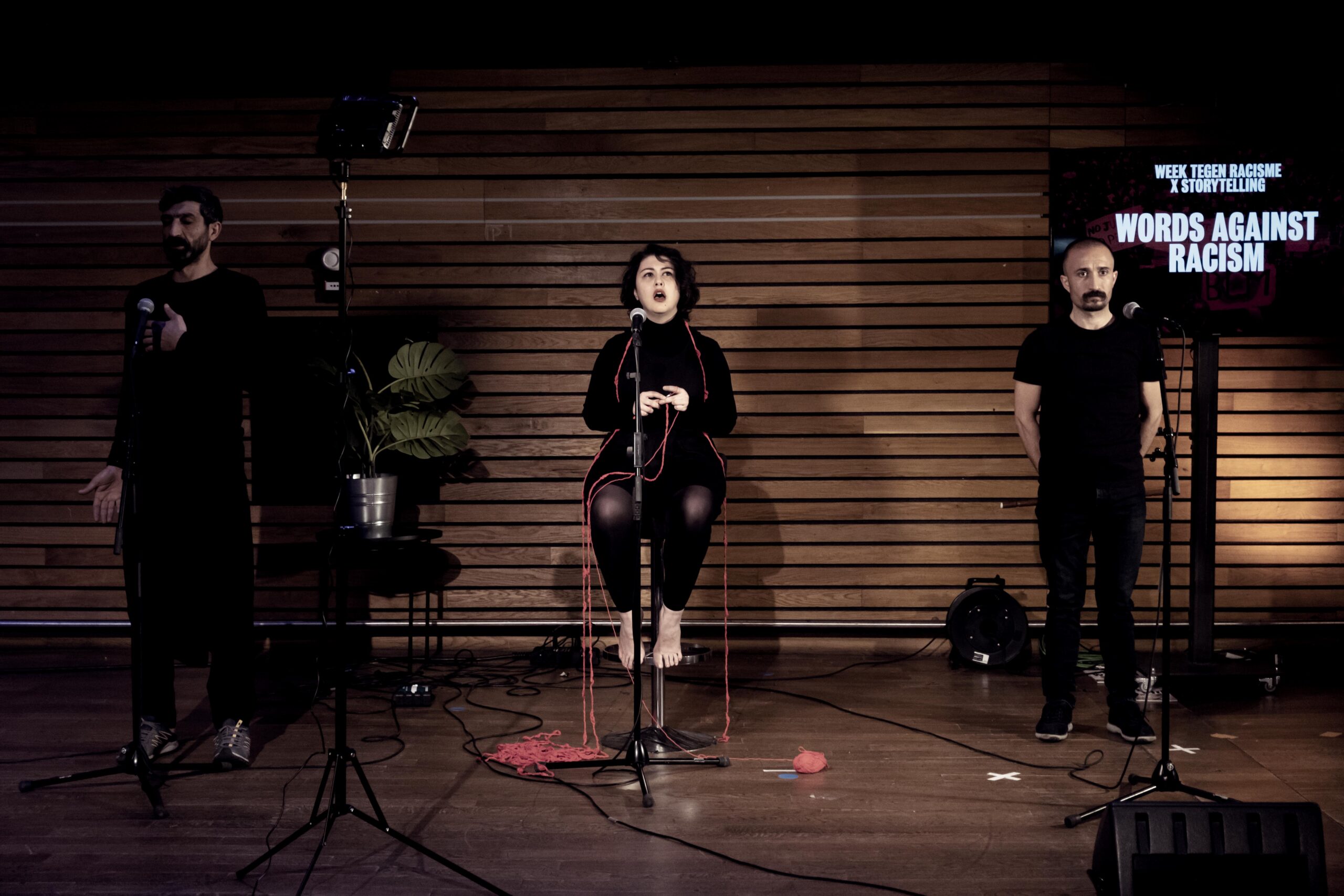 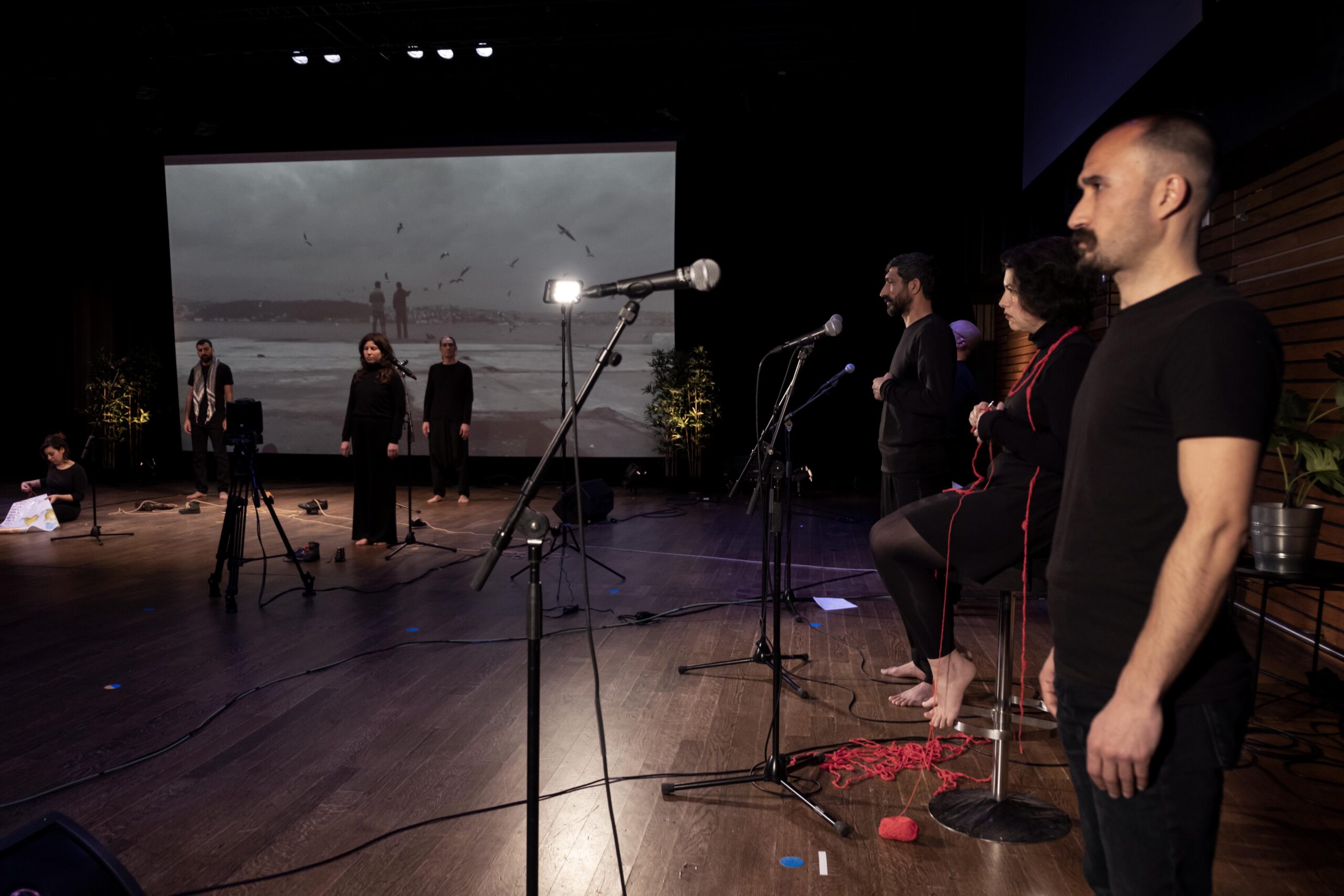 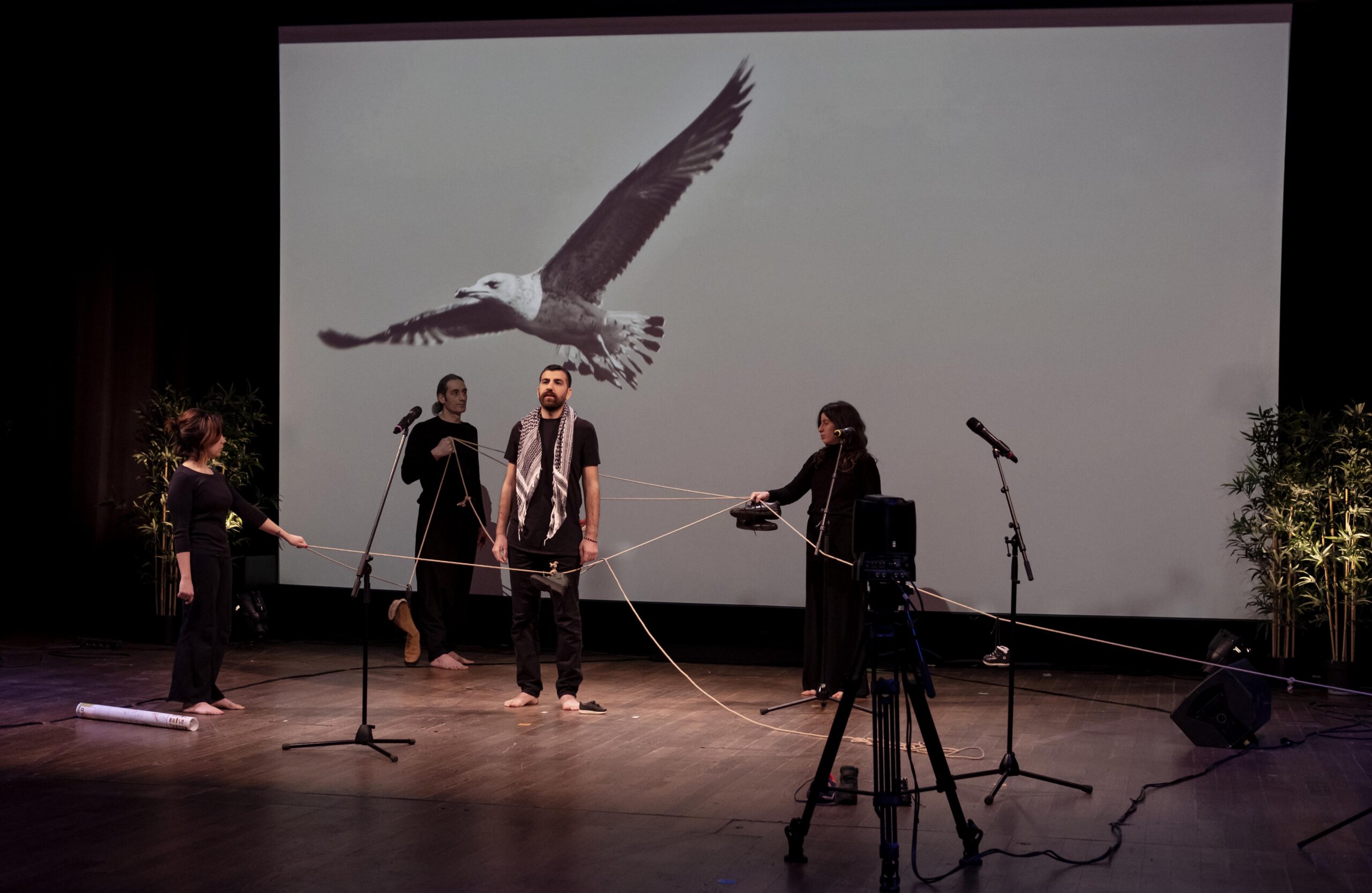 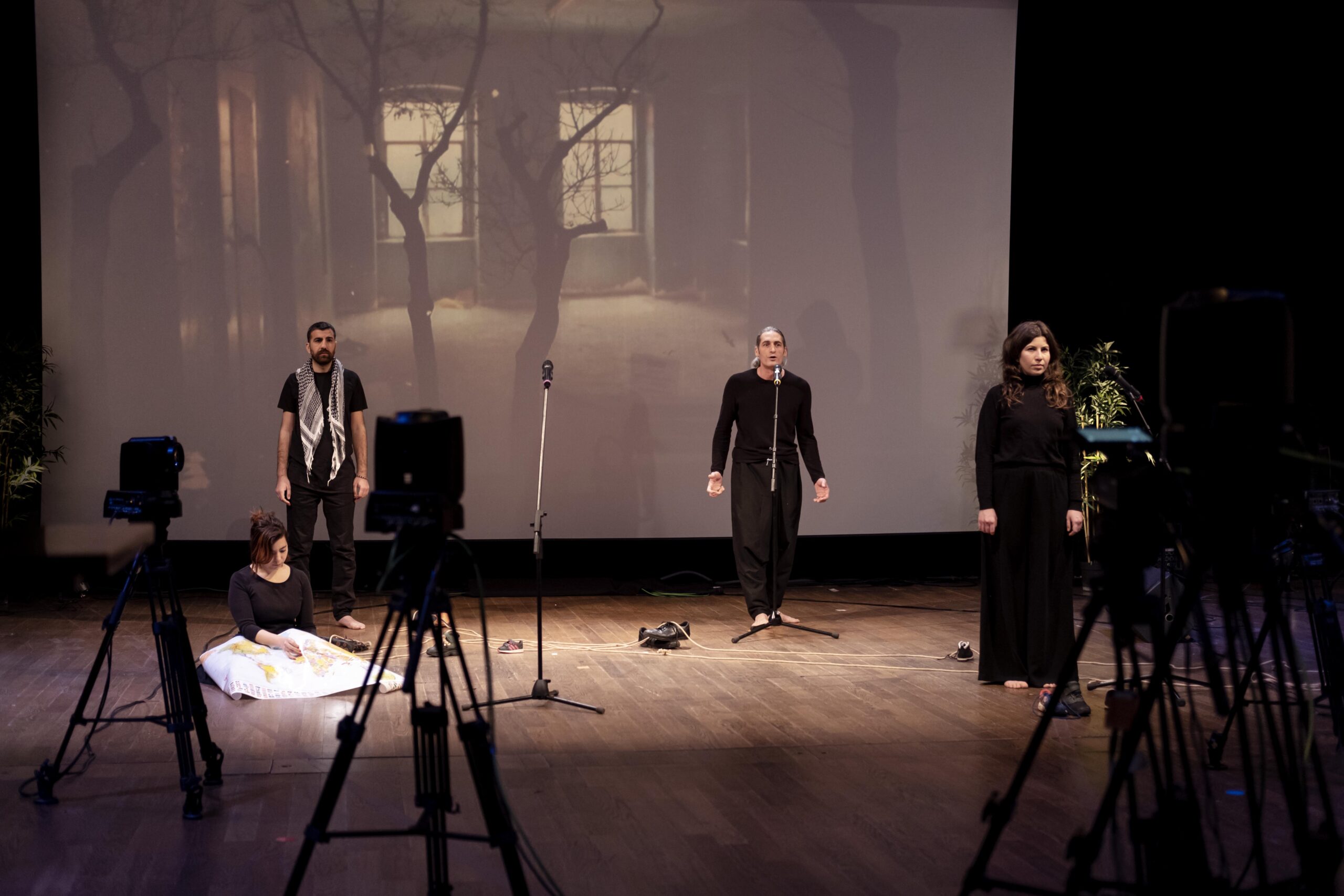